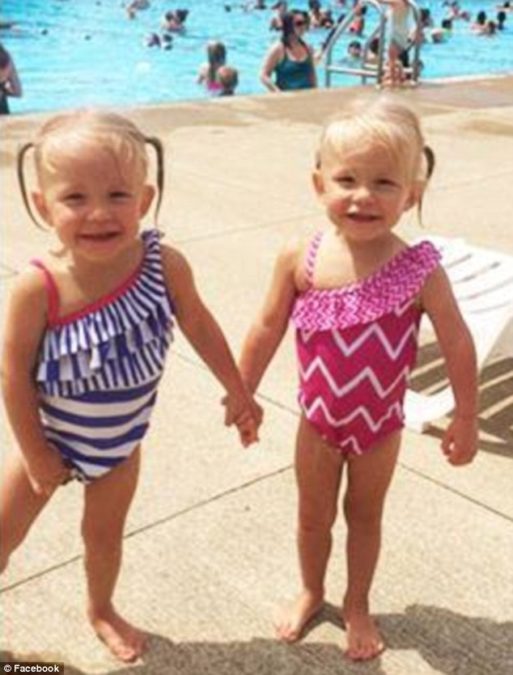 Twins are pretty special . Equally special is the bond that they share. After all, when you share a womb, a sort of telepathic connection is formed. This connection was easily noticeable for a set of twins in Ohio. Their birth time images have now gone viral. The reason? They were photographed holding hands, just moments after their birth. This sounds too cute, doesn’t it? And, like most identical twins, this pair of sisters are extremely close. They rarely leave each others’ sides and it seems they will stay together for life.

Twins donâ€™t share an ordinary sibling relationship. Twins and other identical fetus births, namely triplets and quadruplets, share a weird and uncommon closeness which other people often perceive as absurd. But it is true. According to researchers, this is most likely due to the similarity in the chromosome pairing. Our behavioral aspects depend a lot on our genetic structure.

2. Hundreds Of Researches Have Been Performed For Studying Twin Children’s Behavior Similarities

The scientists who have researched a lot on twins have learned a lot over the years. From the genetic similarities of identical twins, to what kinds of traits, they share, ranging from tastes to their personality. But it still comes as a surprise that they still know very little about the mystery behind the twin bond, especially in Siamese/conjoined twins.

3. Science Can Answer This Mystery Of The Unbreakable Bond

Identical twins come from a single fertilized egg. This splits in two on advancement. They almost share the same genetic code. Although there are minor differences in the personalities of the twins. This is the reason why twins have an inseparable relationship. Twins also share the exact same upbringing and experience the same life experiences. So, the learning curves are pretty same, that too at nearly the same time and age. Some researchers argue that this explains the close relationship shared among twins.

4. The Curious Case Of The Thistlethwaites.

Sarah and Bill Thistlewaite, residents of Akron, Ohio, are the proud parents to son, Jackson, and twin daughters, Jenna and Jillian. Their daughters are extremely popular around the state. That is because of their uncommon birth circumstances. The story of Sarah’s pregnancy was unheard of, so it was shared on national television. The whole family became a viral sensation, overnight.

5. The Twin Girls, Jenna And Jillian Didn’t Have The Smoothest Of Deliveries

Nineteen weeks into Sarah Thistlethwaiteâ€™s pregnancy, an ultrasound confirmed that their twins were â€œmonoamniotic,â€ meaning they shared an amniotic sac. This is quite risky. The chances for survival for both the mother and the babies were very slim. Despite the risks involved, the hospital and Thistlewaites went ahead with the delivery.

According to Dr. Mancuso,”Itâ€™s the rarest form of twinning and it carries the most risk,â€. Dr. Mancuso is the Gynecologist who headed the operation for delivering the Thistlewaite twins at Akron Childrenâ€™s Hospital. He also added that because the babies were sharing the same amniotic sac, their umbilical cords could become tangled. The babies were constantly growing and moving which could lead to this tangling. This could further result in cutting off blood supply to one or both twins.

Not only do twins face the risk of being born early, much before the estimated date, they are more likely to be underweight, even if they are born at the correct time. That is because of the sharing of the same womb with the same supply of food, which is enough for a single baby. That is why the mother has to take extra care of her nutrition during the pregnancy.

8. The GIrls Had 50% Chances Of Survival

Prior to their birth of the girls, Sarah was compelled to spend fifty-seven days in hospital for minimizing any risks to the twins’ delivery. The whole of the Thistlewaite family, their near and dear ones were tensed for Sarah. Finally, on the D-Day, when Sarah went into labor, everybody was praying for her. Luckily, the surgery went fine and she was safely able to deliver both girls via a cesarean section on May 9th, 2014.

9. There Was Something Extraordinary About This Delivery

Every twin birth is remarkable in its own right. But the birth of Jenna and Jilian was truly exceptional. The girls were born holding hands. Awww, isn’t that cute? Jenna and Jillian were born forty-five seconds apart from each other. And as soon as the doctors held them close to each other, they held each other’s hands, shocking everyone in the delivery room.

10. They Have Remained Inseparable From Each Other Ever Since Their Birth

When they held each other’s hand during their birth, everybody had presumed that these girls would be extremely close to each other. Most of the twins grow apart because each sibling wants to establish their separate identities. However, in this case, the girls complemented each other. Five years on, they are still close to each other. The girlsâ€™ bond has only grown stronger over the years.

11. They Are Exceptionally Close To Each Other

Speaking to an interview for the People magazine, Sarah explained that the girls were really close to each other. She said that,â€œSometimes if my husband goes to the store, heâ€™ll take one twin and Iâ€™ll keep the other. When that happens, they both get really upset and ask for each other. Theyâ€™re definitely really close. Theyâ€™re like two peas in a pod.â€

12. Their Connection Is Extremely Unique

That’s not all. Sarah adds further,â€œIf one twin is crying, the other will try to find a way to comfort her, like going to find a pacifier or rubbing the otherâ€™s back or offering a hug. They always take care of each other.â€ Aww, that’s so sweet! Who wouldn’t love to have such girls!

Sarah continues on,â€œThey like the same foods, they both love swimming and being outside, and they love to play with the same toys. We try to buy two of everything to minimize competition, but still, they usually find one to fight over â€“ even if theyâ€™re exactly the same.â€ This bond is remarkable and uncannily extraordinary in every aspect.

14. They Use Their Resemblance To Their Advantage

The girls are quite mischievous, which is not uncommon in their age. But they employ their likeliness to their advantage. This is what Sarah says about the girls innocently devious minds,â€œIf Jenna does something bad, Iâ€™ll ask her about it and sheâ€™ll say, â€˜No, Jillian did it! But they look so much alike that sometimes I really canâ€™t tell which one of them is in trouble.â€

15. The Girls Are Already The Best Of Friends

They have always have been like this. Sarah observed this closeness and considers how lucky her daughters are to have one another. She says, â€œTwins have such a special bond and I canâ€™t wait to watch them grow up and continue being best friends.â€ We also expect to see the same thing, Sarah! Best of luck to your family. Hope your daughters stay the same their whole life!