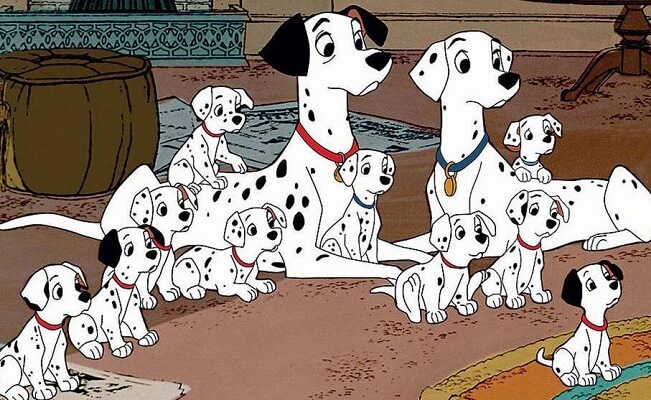 Having a dog at home is such a joy. It is by far the most intelligent and loyal of all the animal companions. In fact, most of the people would pick up a canine only as their pet. But there are many amazing facts that are associated with this particular member of the animal kingdom. Not only are they as unique as any other creature, they have some superior qualities that would make you go ‘Wow!’

The average adult dog has ten more teeth than his human counterpart. Adult dogs have 42 permanent teeth whereas an average human possesses a measly 32. Puppies possess 28 baby teeth while human babies will have 20 deciduous teeth. Whatever be the number, you should always stay wary of a dog’s teeth which are designed to rip flesh.

2. A Dogâ€™s Sense of Smell 1 Million Times Stronger than That of a Human

Dogs’ sense of smell overpowers our own by 10,000 to 100,000 or even 1,000,000 times. It is extremely acute, as per research of the scientists. scientists say. Canines possess around 300 million olfactory receptors in their noses. Compare this to humans who have around six million in their noses. And the portion of a dog’s brain that is devoted to analyzing smells is 40 times greater than a human’s. That is why they can easily sniff out all illegitimate substances and even cancer in humans.

Sixty-eight percent of U.S. households(around 85 million families) own a pet. According to the 2017-2018 National Pet Owners Survey(NPAS), about two-thirds of this portion of population owned dogs. That roughly converts into one in three families owning a canine. That means there are approximately 100 million dogs in the US.

4. Spaying Or Neutering Your Dog Can Help Prevent Certain Types Of Cancer

Spayed and neutered dogs live longer and healthier lives. Spaying bitches eliminates the possibility of uterine or ovarian cancer. It even reduces the incidence of breast cancer in canines. Neutering male dogs reduces chances of having prostate cancer.

5. An Un-Spayed Or Un-Neutered Pair Of Dogs Can Produce 11,000 Puppies In A Year

Unless you ensure that you dogs are spayed or neutered, they can go on to produce an unimaginable number of pups. Just one female dog and her puppies can result in 67,000 dogs in six years. That’s far more than expected. A decade and you could have a hundred thousand puppies. And they would cover the whole county.

6. A Dogâ€™s Sense Of Hearing Is 10 Times More Accurate Than That Of A Human

Some dogs have as many as 18 muscles in their ears which enables them to move in the direction of the sound. Dogs can also hear noises at a much higher frequency than humans. While we struggle to hear anything above 23,000 Hertz, dogs can hear noises up to 45,000 Hertz. Blame it on their sensitive muscles.

7. The Average Dog Can Run About 19 Miles Per Hour At Full Speed

Ordinarily, dogs can sprint about 15â€“20 miles per hour over short distances. However, not all breeds are covered under this. But there are others that are capable of much faster speeds than this range. Greyhound dogs can run up to 45 miles per hour. A dogâ€™s speed depends on their physical composition, breed, and health.

8. Dogs Are Mentioned 14 Times In The Bible

Dogs are mentioned 9 times in the New Testament (Greek) and 32 times in the Old Testament (Hebrew). Overall, you will find dogs in the Bible 14 times. The only dog mentioned by breed in the Bible is the greyhound, but this claim is disputed because it could have been incorporated on on the orders of the King himself.

There be three things which go well, yea,
Which are comely in going;
A lion, which is strongest among beasts and
Turneth not away from any;
A greyhound;
A he-goat also. (Proverbs 30:29-31, King James Version)

9. A Dogâ€™s Nose Print Is One of a Kind, Very Similar To A Personâ€™s Fingerprint

Every humanâ€™s fingerprints are unique. Similarly, each dog’s rhinarium has features that are unique to a canine. The rhinarium is the section at the tip of a dog’s nose that secretes moisture. The surface of the rhinarium is why he sense of smell of dog is superior than other animals. This section attracts odor molecules and dissolves them so the dog can easily pick up easily.

If your pet feels warmer than expected, then that doesn’t necessarily mean he has a fever. Dogs normally have a warmer body temperature than humans do around a temperature of 101 to 102.5 degrees Fahrenheit (38.3 to 39.2 degrees Celsius). This is typical for dogs, and you do not need to worry about it.

Owning a dog isn’t cheap. There are a lot of costs involved if you have a dog at home. First and a major part of the expense for a dog is its food. The second part consists of veterinary expenses. These include visits to the vet and the timely shots. That’s not all. Nowadays, there are pet insurance companies which offer life and medical covers for pets.

12. The Only Sweat Glands A Dog Has Are Between Its Toes

Dogs only produce sweat on areas that are not covered with a coat of fur. These areas are the nose and paw pads. Unlike humans who sweat almost everywhere, dogs have sweat glands at these areas only. These are called Apocrine glands, and they are connected with every hair follicle on the body.

13. Dogs Are Omnivorous And They Need To Eat Something Apart From Meat

Unfortunately, your dog can’t live on only meat. Any living organism is complex. They need different types of vitamins and nutrients that meat alone cannot provide. So a bit of plant diet is necessary. So you need some advice on what to feed your dog? Rice, corn, wheat and sometimes fruits along with milk could rid them of the deficiency if they eat a meat-only diet.

14. Dogs Have Twice As Many Ear Muscles As Humans

Dogs have twice as many muscles for moving their ears as humans and that’s not what is actually exceptional. These ear muscles are employed to display over 100 different facial expressions! These extraordinary muscles also aid the dogs to hear sounds at four times the human audible range. Dogs can also hear at higher frequencies. That is the principle on which dog whistles work.

15. Dogs Are Submissive To Anyone Higher Up In The Pack

There are three positions in the pack – alpha, beta, and omega. There is usually one alpha couple, a male and a female. They lead the whole pack. They are followed by betas, who are subservient to alphas only. The omegas are subservient to the rest of the pack. But why do dogs show submissive behaviors? Itâ€™s strange but dogs get a sense of security in this. This behavior may just be from instinctual and ancestral.