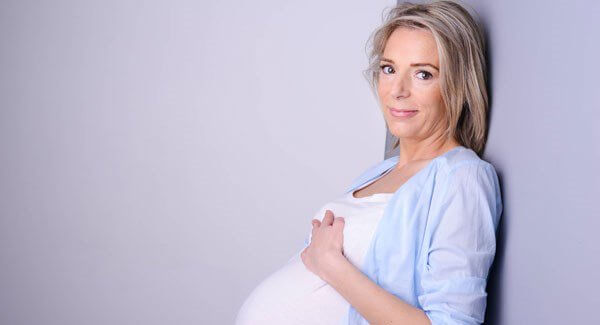 More and more people are having kids in the later years of their lives. Everyone has a different reason for waiting to have children. Most people want to put their career before family while there are other reasons such as not being in a stable enough relationship, or wanting to live life enough before having kids, or simply not being ready. However, there are many risks and advantages to becoming a mother after the age of 40.

Studies have shown that getting pregnant after the age of 30 increases the lifespan of the women. The women who have their last child before the age of 29 cut their chances of living until 95 years to half. The reason behind this could also be genetic.

The Risk Of Cognitive Decreases

A study showed that there is a connection between the last pregnancy that occurs at a later age and women’s better postmenopausal cognition. A series of tests were conducted on a bunch of different women and their brain’s workings were studied.

You Have More Experience With Age

With age, comes wisdom. This is just common sense and you can agree with this. You are much wiser now than you were in your 20s and 30s. The women over the age of 40 are much more patient and can easily raise children with much more wisdom and care.

You Are Financially Stable

When you have had a decade to save up on some money, raising a child becomes much more easy as far as the financial matters go. You have had enough time to focus on your career and it is time to finally start a family. You are set in your ways and not looking for a change of career, where you might have to start at the bottom again.

You Have Tried Everything In Life

If you are someone who likes adventures, you have had enough time to party and go places in your 20s and 30s. You have a lot of memories and completed the things on your bucket list. The next big adventure in your life would be having children and it is by far the best experience that you will have.

The chances of pregnancy decrease as the women get older than 32. The number of eggs in the ovaries decrease and the hormone levels are also low. However, with advances in medicine, women are getting pregnant through donor eggs and surrogacy.

After the age of 45, the chances of miscarriage increase and can reach upto 50% or more. However, miscarriage is related to the lifestyle of the person as well and not just a consequence of age.

Increased Risk Of Getting Osteoporosis

When a woman gets pregnant at an advanced age, the chances of the baby being born early increase and the baby might have a low birth weight as well. Age is one of the biggest factors when it comes to premature birth.

This type of diabetes is temporary and is caused because of an insufficient amount of insulin during pregnancy. The complications of gestational diabetes increase by 74% according to a study when a woman gets pregnant over the age of 40.